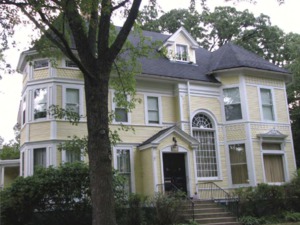 Swamiji spoke on the subject “Reincarnation” at the Harbert Residence in Evanston. He pointed out the popular error which exists concerning the passing of humanity into animal forms. He said that “It was a mistaken idea to think that his people were so careful of animals because they thought some former human being was now living in the form of the animal. On the contrary, it is simply a part of their religion to be kind to animals. Reincarnation is either progression, which is advancement to a higher type of manhood, or retrogression, which is the relapse of humanity to a lower plane of living.”