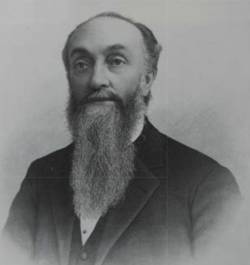 Charles C. Bonney was a well-known judge in Chicago and the author of many important constitutional and economic reforms. He was the President of the World’s Congress Auxiliary of the Columbian Exposition and it was Bonney’s inspiration and idea to hold the Parliament of Religions as part of the Congress in order to, as he said in his welcome address, “unite all Religion against all irreligion; to make the golden rule the basis for this union; and to present to the world the substantial unity of many religions in the good deeds of religious life”. Charles Bonney gave a huge reception in the upper floor and halls of the Art Institute (at that time known as the World’s Congress Auxiliary Building) in the evening of September 12 for the delegates. Swamiji attended as reported by the Inter Ocean — “…Vivi Kananda [sic] came next and had a happy reception and was very much at home.”