Swami Vivekananda came to the Park at the invitation of Miss Mary Elizabeth Dutcher, an artist and cottage owner who had attended his spiritual classes in New York City and was struck by his strength of purpose.

In preparation for Swami Vivekananda’s arrival, Miss Dutcher added a wing to her cottage for his comfort and privacy. The three-story addition housed a guest room on the lowest floor, a classroom on the first floor, and the Swami’s room on the top floor which opened onto a porch with a magnificent view of the river. “WELCOME VIVEKANANDA” read the banner that greeted him as he entered the cottage for the beginning of a remarkable seven weeks. Today, one hundred years later, the cottage stands much as it was then, revered as a holy place by followers of his teachings.

Exhausted by nearly two strenuous years of lecturing throughout the U.S., Vivekananda was grateful to find refuge at Thousand Island Park. Here was a place that, from its inception, had encouraged the exchange of ideas in a setting conducive to contemplation and relaxation. The Park was only 20 years old in 1895, yet it had already attracted enough people to form a community of 600 cottages. Its several thousand summer residents supported a program of recreation for both mind and body, attracting celebrated preachers and speakers as prominent as Susan B. Anthony and Frederick Douglas.

Vivekananda, rejuvenated by the Park, gathered his spiritual power to train the twelve students, who followed him here. His thoughts and teachings were transcribed into the collection, “Inspired Talks,” a compilation of ideas that married the East and the West; and which joined the spirituality of Ramakrishna with his own deep concern for the political freedom and material well-being of humanity.

Swami said that he was “at his best” at Thousand Island Park. 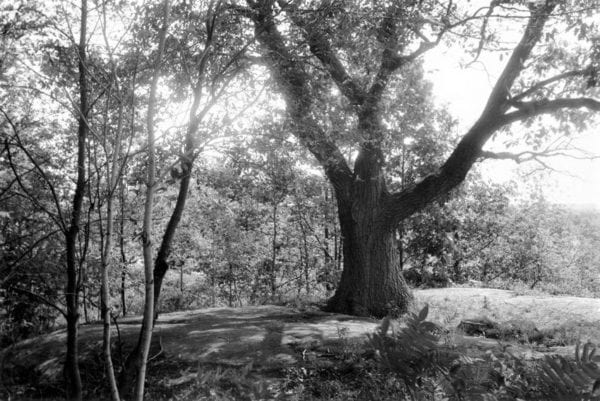 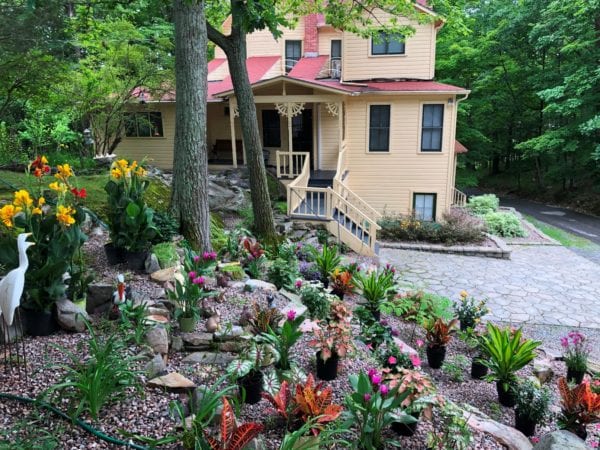 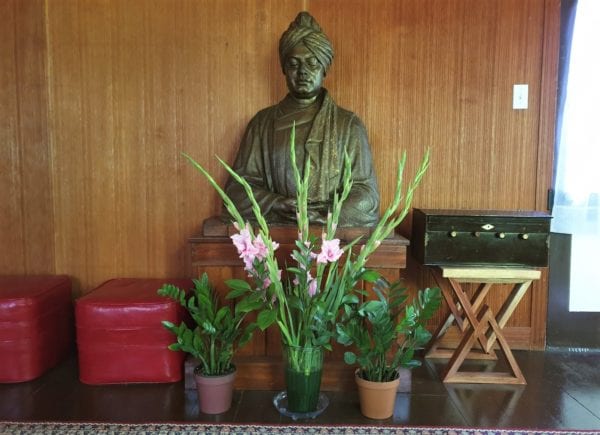 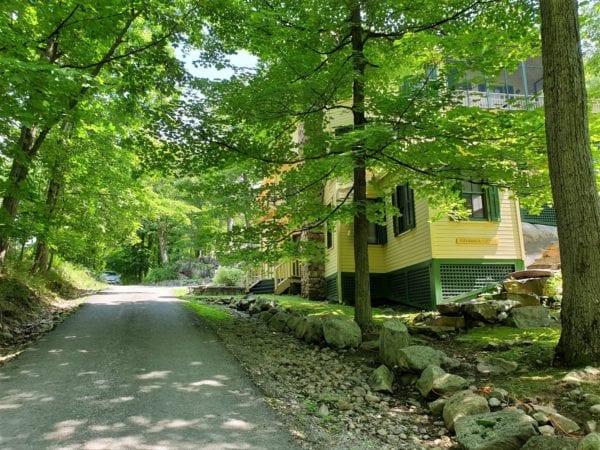 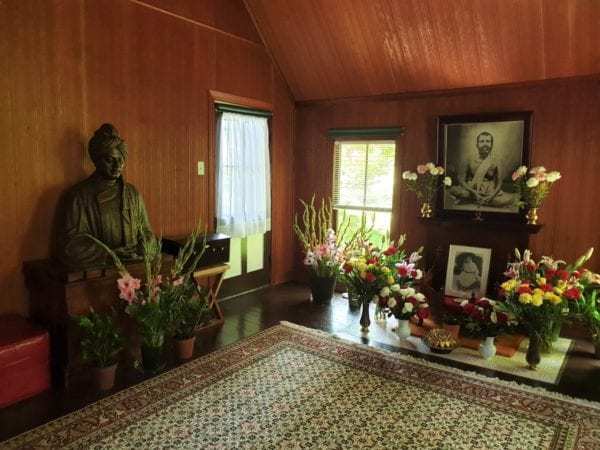 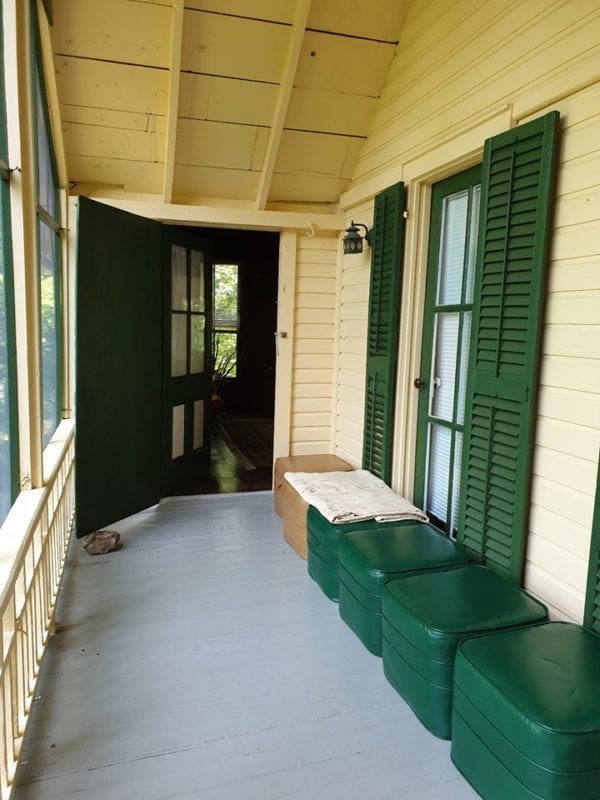 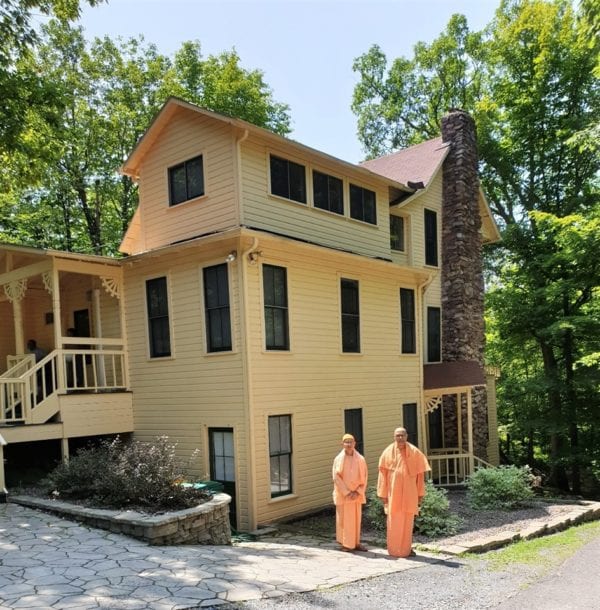 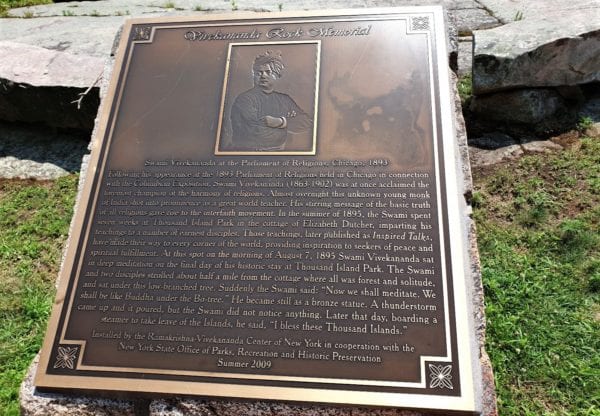 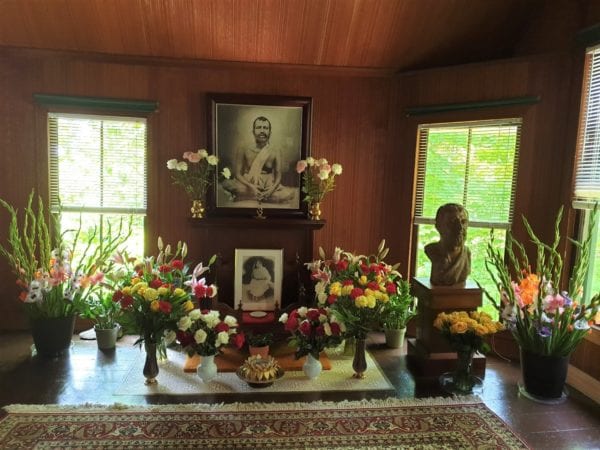