The central themes of Swamiji’s approach to human development were man-making and the upliftment of women and the masses. He wanted a hundred thousand men and women, fired with the zeal of holiness, fortified with eternal faith in the Lord, and nerved to lion’s courage by their sympathy for the poor, the fallen, and the downtrodden, who would go throughout the length and breadth of the land, preaching the gospel of salvation, the gospel of help, the gospel of social upliftment – the gospel of unity.1

This concept of human development strongly influenced Netaji Subhas Chandra Bose, the dynamic national leader. Netaji was an ardent admirer of Swamiji and regarded him as ‘the maker of modern India.’ Both Swamiji and Netaji recognised the vast potential of youth power and strove hard to awaken the young men and women of India. An attempt is made here to understand Swamiji’s influence on Netaji and how the latter carried out Swamiji’s manmaking mission. 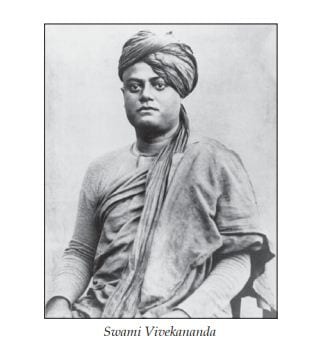 According to Netaji, Swamiji’s unique greatness was in harmonising East and West, religion and science, past and present. He believed that Swamiji’s teachings gave Indians an unprecedented self-respect, self confidence, and self-assertion. Towards the end of the nineteenth century, it was only Swami Vivekananda who preached the idea of complete freedom—inner and external. As Netaji writes: ‘Freedom, freedom is the song of the soul’— this was the message that burst forth from the inner recesses of Swamiji’s heart and captivated … the entire nation. This truth was embodied in Swamiji’s works, life, conversations, and speeches.’2 Truly, Swamiji’s multifaceted contribution changed the entire nature of nation-building activities.

Youth power is the game-changer of a society. It has the power to change the course of history. Swamiji wanted the youth to build a sterling character and participate in nationbuilding. He said, ‘I have faith in my country, and especially in the youth of my country.… My conviction is that from the youth of Bengal will come the power which will raise India once more to her proper spiritual place. Ay, from the youth of Bengal, with this immense amount of feeling and enthusiasm in the blood, will come heroes who will march from one corner of the earth to the other, preaching and teaching the eternal spiritual truths of our forefathers. And this is the great work before you.’ ‘Young men of Madras, my hope is in you. Each one of you has a glorious future if you dare believe me. Have tremendous faith in yourselves, like the faith I had when I was a child, and which I am working out now. Have that faith, each one of you, in yourself — that eternal power is lodged in every soul — and you will revive the whole of India.’3 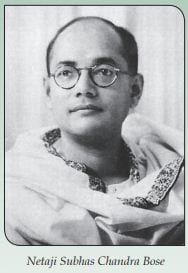 Netaji took up this idea and kept the youth in the vanguard of his struggle for freedom. In his address at the third session of the All-India Youth Congress in Calcutta on 25 December 1928, he told the assembled youth: ‘Youth movements are not reformist in outlook, but revolutionary. A feeling of restlessness, of impatience with the present order, must come into existence before any youth movement can start….It is characterised by a feeling of dissatisfaction with the present order of things, and a desire for a better order accompanied by a vision of that order.’

Netaji’s vision for India is encapsulated in his address at a huge youth rally held at Midnapore in Bengal on 21 December 1929, where he said: ‘I want a society and a state which will not only remove all the needs of the Indian people but serve as a model to the world at large. The new society will have to be built on the basis of equality. The caste system will have to be blown away. The woman will have to be freed from all shackles and endowed with rights and responsibilities equal to man. The inequalities of wealth will have to be swept away, and everyone, irrespective of creed, caste, or colour, will have to be given equal opportunities for education and selfrealisation.’

Netaji understood that political freedom would not necessarily bring freedom from economic and social oppression for the impoverished masses. In a letter to the legendary revolutionary Barin Ghosh, he wrote, ‘The struggle for independence has as its aim the removal of the triple bondage of political, economic and social oppression.’ So he urged the youth to work for the upliftment of women and to stand against social oppression. He wanted them to lead an all-round socio-economic development in a socialistic manner. Impressed by the developments in Soviet Russia brought about by socialist ideas, Netaji declared in his presidential address at the third political conference in 1933: ‘Free India will not be a land of capitalists, landlords, and caste. Free India will be a social and political democracy.’

Swami Vivekananda believed that education was the panacea for individual and social ills. Netaji too considered illiteracy as the fundamental problem plaguing India. He agreed with John Stuart Mill’s idea that democracy based on universal suffrage must be preceded by universal education. Therefore, as a socialist and a humanist, he wanted mass primary education for all men and women. But he was in favour of higher education only for deserving, meritorious students. The massive educational reconstruction effected within a very short time in the U.S.S.R. provided a model for him to support a state-controlled educational system. He saw education as a great tool for bringing about national solidarity, and therefore was in favour of a common educational policy with the Roman alphabet as the common script. In regard to the system of primary education, Bose was deeply influenced by the kindergarten system in Germany and Scandinavia, the nursery schools of England, and the ecoles maternelles of France. He was in favour of visual or sensory methods of education. Again, according to him, one of the primary purposes of education is to develop fellow-feeling among people from diverse cultural and social backgrounds. He was therefore, like Swamiji, eager to spread education among the masses.

An essential condition in a nation’s development is the upliftment of its women. As Swamiji pointed out, the ‘uplift of the women, the awakening of the masses, must come first, and then only can any real good come about for the country, for India.’4 Netaji too was deeply concerned about the welfare of women. He pointed out that illiteracy and economic dependency were the main hurdles in the path of women’s emancipation. He therefore formulated an all-round educational system for women that included literacy and vocational education, or training in light cottage industries. He also supported widow remarriage and the abolition of the purdah system. It was around this time that the Women’s Indian Association, the first women’s organisation in India, was established in Madras in 1917. The National Council of Women in India, formed in 1925, began to coordinate the work of the Provincial Women’s Council and other organisations for women’s advancement and welfare, and thus connected India with the international movement.

Swami Vivekananda regarded women as Shakti. Drawing attention to the prowess of the Queen of Jhansi, he wanted Indian women to ‘acquire the spirit of valour and heroism,’ and ‘also learn self-defense.’ Similarly, Netaji envisaged an important role for women in India’s fight for freedom. He asked them to serve in the hospitals, look after wounded soldiers, and even take up arms to fight the enemy. He created the Rani Jhansi Regiment, and then in the Provisional Government of Azad Hind he appointed one woman as a cabinet minister, giving her a position just after him in the order of succession.

Thus we see that in the field of youth development, women’s upliftment and nation-building, Netaji Subhas Chandra Bose was strongly inspired by Swami Vivekananda.

How shall I express in words my indebtedness to Sri Ramakrishna and Swami Vivekananda? It is under their sacred influence that my life got first awakened . . . If Swamiji had been alive, I would have been at his feet.

About the Author: Dr. Saroj Upadhyay and Mrs Sudeshna Gupta