The Vision and Mission of Swami Vivekananda

Man’s reckless pursuit of accelerated economic growth has brought in as we realize now a host of social, economic, political, cultural and environmental problems. These problems which affect every sphere of life have assumed alarming proportions and have posed a threat to the very existence of life on earth. This frightening scenario has induced thinkers all over the world to bestow serious thought on reaching permanent solutions through proper development.

From Problems to Crises

A problem is one for which finding solution is rather easy. But when it becomes a crisis, finding solution becomes more difficult. Economic recession, political instability, cultural disintegration, religious terrorism and spiritual emptiness pose serious threat to the development efforts of all nations. This grave situation has occurred as a result of a multitude of factors and hence the problems have reached the proportion of a crisis, making it multidimensional and complicated.

In spite of the economic richness, the developed world in general and the USA in particular are facing serious social security crisis, in the form stray shooting incidents (now become competitive, which is the characteristic feature of a free market economy) killing innocent children and teachers.

Suicidal rates are on the increase along with increasing rates of economic growth. 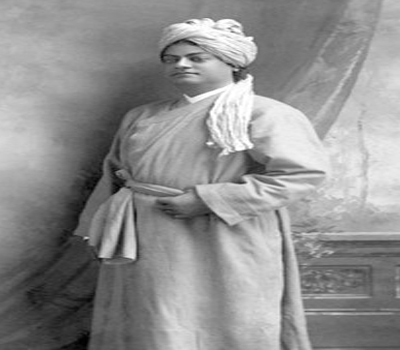 TV, Internet and Mobile phones which are considered as inevitable gadgets of modern life are breeding criminal traits in children and adolescents.1

Problems arising out of poverty could be tackled, by adopting suitable development measures. But crisis due to plenty, such as over eating and junk food intake along with the modern life style diseases have resulted in a higher morbidity rate in spite of a lower mortality rate. Kerala, which is in the forefront of Indian states in social sectors and women empowerment, is facing increased gynecological problems due to lifestyle changes and job oriented stress.2 Pollution, radiation and insecticides are increasing the childhood cancers.3

Longer life-spans, combined with families opting to have fewer children have led the elderly to become a growing burden in family and create many social problems.4

A trip that began to build bridges between Indian and Chinese youth has ended with tragedy, when several male Indian delegates misbehaved and ill-treated the Chinese women delegates and translators.6

According to the National Crime Records Bureau, Kerala, known for the highest literacy rate, records most number of obscene e-posting.7

Drinking has risen by a whopping 100 percent among the youth in India within a decade, revealed a survey conducted by ACICI.8 World population hit 7 billion in 2011, unleashing a host of socio-economic and environmental problems. World Population Fund predicts severe stress on food, water, jobs and environment. Global warming, climate change, Ozone depletion, deforestation, desertification, pollution of air, water and soil are posing unprecedented problems, questioning even the existence of all the life forms on this planet. The International Agency for the Strategic Studies says that the chances of religious conflicts are more in an overpopulated world.

The list of problems and crises do not end here. A certain section of the humanity still believes that science and technology can find permanent solutions to this grave situation. But it is with the same science and technology that men have developed atom bombs, sufficient to destroy the entire planet many times. Therefore, it is the attitude of human beings which determines the fate of the planet and the life on it. The attitude is to be guided, not merely by materialistic motives alone, but, it should be equally guided by spiritual outlook as well.

International organizations like the UN are engaged in activities that are aimed to assure peace and security to the world citizens. UNESCO, UNEP and UNDP along with many national governments and agencies, through the programmes like Agenda for the 21st Century and Millennieum Development Goals (MDGs), are trying to bring harmony between man and nature and among men. The proposed agenda for the present Parliament of World’s Religions is ‘Peace and Harmony’ through inter-religious dialogues, in order to assure proper and balanced development of the human society.

During the 17th 18th and 19th centuries, the conception of reality was based on the mechanistic view of the universe which depended on the mathematical theory of Issac Newton, the Philosophy of Rene Descartes and the Scientific Methodology advocated by Francis Bacon. ‘In this approach, matter is regarded to be the basis of all existence and the world is seen as a multitude of separate objects assembled into a huge machine. As a result the complex phenomenon of this world could be understood by reducing them to their basic building blocks and by looking for the mechanisms through which they interacted…’9 This approach led to the evolution of so many disciplines, which were treated in watertight compartments and as specialized studies.

In the 21st century, modern scientific community is becoming aware of the limitations of the mechanistic view. Thanks to the development in Quantum Physics, the image of the universe as a machine has been transcended by a view of it as one indivisible, dynamic whole, whose parts are essentially interrelated and can be understood only as patterns of a cosmic process. Understanding reality in terms of integrated whole, whose proportion cannot be reduced to smaller units, is holistic approach. Everything is viewed here as the part of a system, based on the interrelatedness and interdependence of the parts. Thus isolated or partial study of any phenomena will be incomplete and hence insufficient to depict the reality/ Truth. Therefore holistic approach and Systems theory promote multidisciplinary and interdisciplinary studies for the perfect understanding of the natural phenomena or human institutions. It is in this context that the study of development becomes multidimensional and reaches to the extent of including religion and spirituality (Inclusive growth)

Fragmented thinking and partial analysis which are the inevitable features of a mechanistic model have done enough damage to the society. Political, social and religious segments at different levels have penetrated the minds of the people and sectarianism is haunting the concept of the ‘oneness’ of the society.

As already noted, development is a multidisciplinary and multidimensional concept. It is not mere partial and fragmented growth, but inclusive, sustainable, integrated and holistic advancement that assure the preyas (material prosperity) and shreyas (spiritual progress) of the society. The belief system, practices and rituals of the religions of the world, if properly understood and observed, lead to the realization of the harmony in society by uniting the minds of the people. The energy of human beings can be turned into synergy, resulting in the development which is both spiritual and secular. A large number of Gurus (seers and saints) in India for centuries have been disseminating the message of harmony of religions and it is still continuing. In this Guruparampara Swami Vivekananda occupies an important place.

The scientific, rational and reductionist approaches to understand reality are being replaced by the intuitive, integrated and holistic approach (Capra). The holistic approach does not recognize the antagonistic attitude but emphasizes a harmonious relationship.

About the Author: T V Muralivallabhan